Elogia virorum litteris illustrium: In praise of men of letters 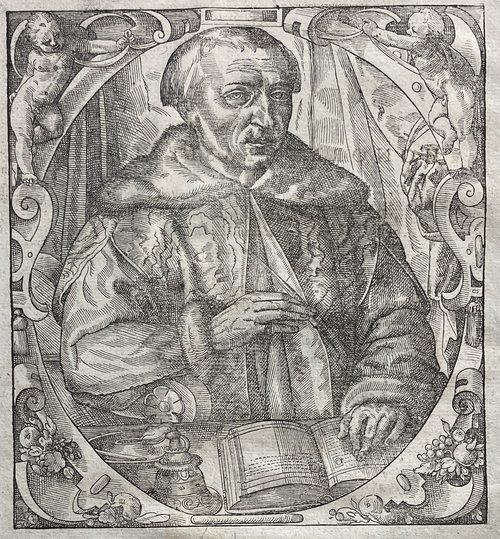 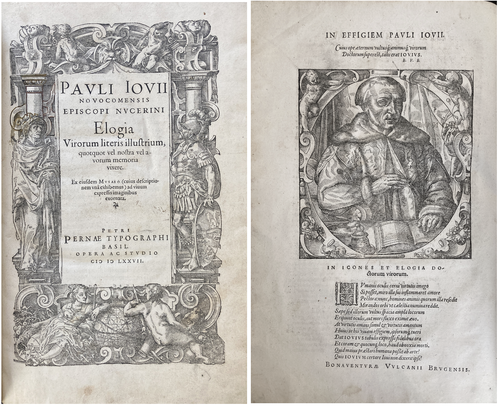 Originally published in Venice, 1546, this edition is the first illustrated with woodcut portraits by the Swiss engraver and draftsman Tobias Stimmer (1539-1584). Included are an engraved title (one detail of which has been enhanced in pen) and numerous woodcut initials and 60 woodcut figures. The magnificent illustrations display a brilliant portrait gallery of men of letters along with tributes and eulogies. Stimmer was also celebrated for the paintings that decorate the astronomical clock in the Strasbourg Cathedral.

There are two portraits of Giovio himself, the first showing him at his desk and the second as bishop of Nocera. In 1538, Giovio commissioned a building at Borgo Vico, on the shores of Lake Como, to house his celebrated (and unsurpassed) gallery of portraits of illustrious figures: bringing together approximately 400 portraits; Giovio is credited with being the first to conceive the notion of a "museum” as a place for exhibiting art. The originals, which were dispersed, were copied in the 16th century and now hang in the Uffizi.

The editor has incorporated contributions from various celebrated authors throughout the text including, for example, that of Aldus Manutius for the entry on the Italian poet Hercules Strozza.

The printing of this work was carried out by one of the great Basel printers of the Renaissance. A native of Lucca, Pierre Perna moved to Switzerland in 1542, at the age of twenty. He was imprisoned several times for publishing pro-Reformation books.

The volume includes portraits of the humanist Thomas More (1478-1535), whose great friend Erasmus has an entry here, but alas no portrait, and the great humanist scholar and scribe Poggio Bracciolini (1380-1459), whose elegant penmanship was a model for not only his contemporaries but for the typefaces developed later by Aldus Manutius. [Poggio is the protagonist of Stephen Greenblatt’s Pulitzer winning, The Swerve: How the World Became Modern (2011)]. 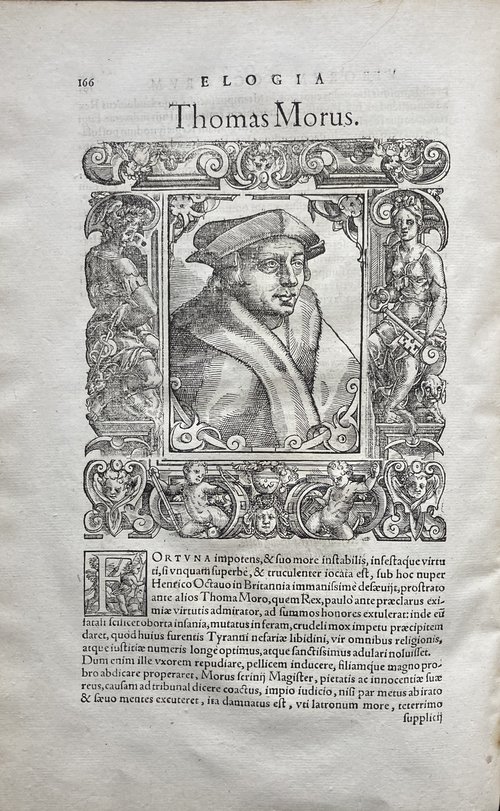 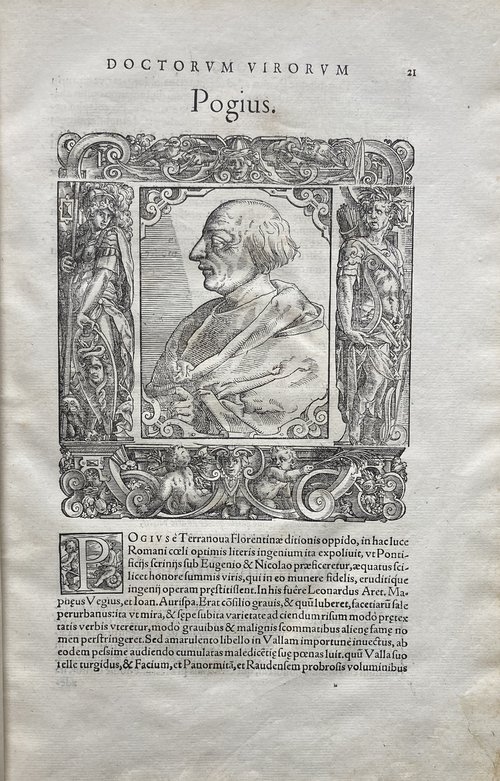 Paolo Giovio (1483-1552), the Italian physician, and clergyman was a major historian of the first half of the 16th century, the author of chronicles on the Italian wars, a work of zoology and monographs of famous men. He was also a great collector and his private Museo near Como, at his death, had some 400 portraits of famous people. After Giovio’s death, Cosimo I de' Medici (1519-1574), commissioned Cristofano dell'Altissimo to make copies of the portraits in the gallery, a project that lasted nearly 40 years. The copies have been displayed in the First Corridor of the Uffizi Gallery in Florence since 1587.

A beautiful copy, despite the modest and slightly rubbed modern binding, a richly illustrated volume.