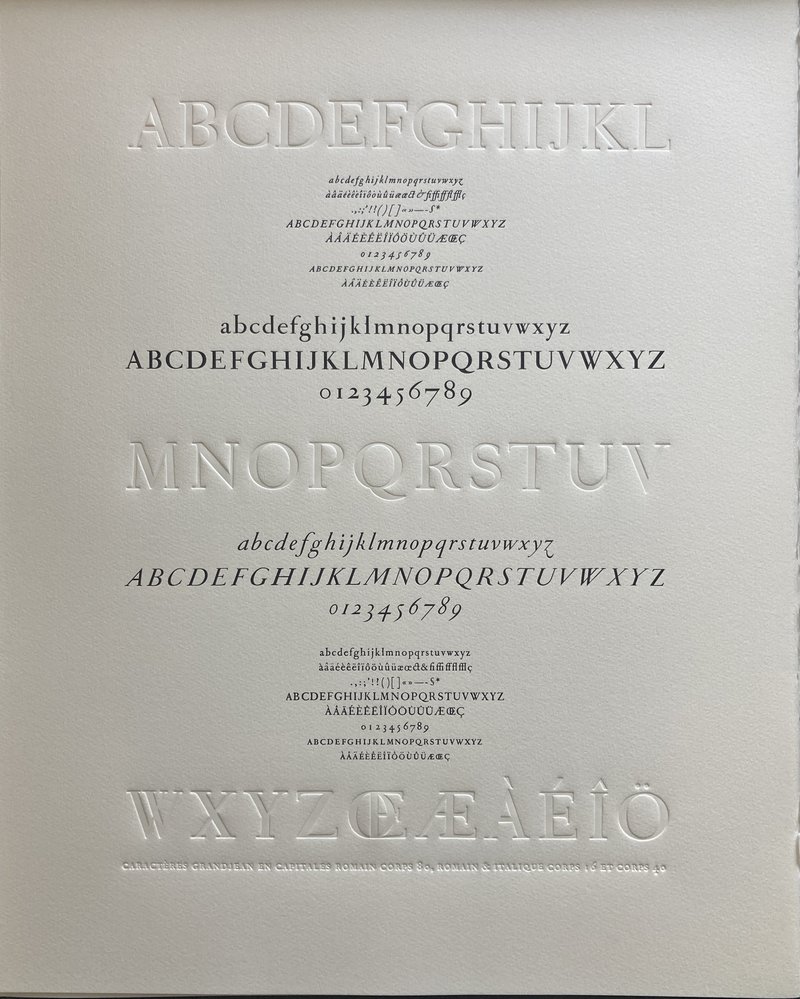 Études pour un caractère: Le Grandjean. With a text by James Mosley, in French and English.

Large portfolio (57.5 x 46.5 cm). 7 engraved plates, and 4 letterpress plates, including a type specimen, in a printed wrapper, and housed in a cloth covered clamshell box as issued by the publisher. Printed in a limited edition of 60 numbered copies of which this is copy 44. A Fine copy.

This portfolio of engravings is the result of a commission that, as early as 1692, set out to produce drawings for a new typeface intended for use by the Imprimerie Royale. The commission was set up under the authority of the Royal Academy of Sciences to pursue a project that Colbert had initiated nearly twenty years before, that is, a detailed description of the arts et métiers, or the trades. The engravings in this portfolio were printed from the original copperplates in the collection of the Imprimerie Nationale, and document the process by which the new typeface would be derived. The drawings served as the basis for type founders to produce punches and matrices so that the new type could be produced and disseminated.

Philippe Grandjean was inspired by these drawings, which led to the new typeface, Romain du Roi, also called Grandjean.

An explanatory text by James Mosley, in French and English, accompanies the 7 plates illustrating the new letterforms, hand-set in Grandjean and printed on the presses of the Imprimerie Nationale.

The commission charged with this duty established a mathematical and geometrical theory, illustrated by a series of drawings in which each letter was inscribed in grids of 2,304 small squares for the Roman capitals and 2,688 for the lowercase.