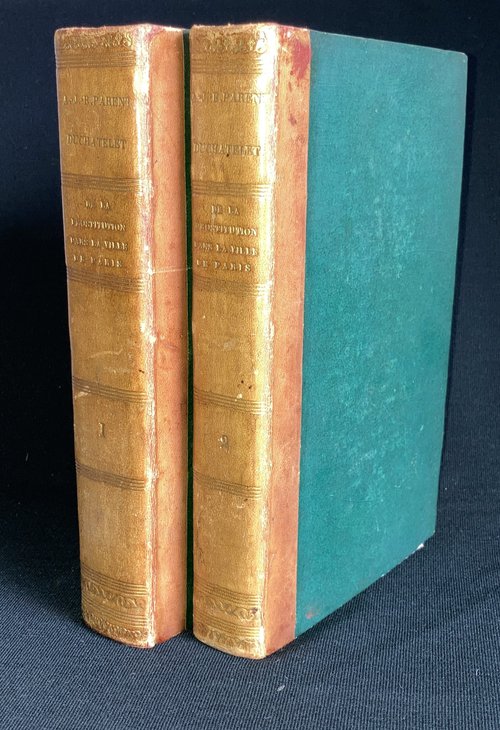 The comprehensive nature and scientific method of Parent-Duchâtelet’s study has led scholars to refer to him as “a veritable Linnaeus of prostitution.” (Corbin) and “the Newton of Harlotry” (White).

“A portion of the materials which I used to write this article are taken from Parent-Duchâtelet’s precious work; then for the things that Parent-Duchâtelet forgot, I appealed to some of my friends…” ---Alexandre Dumas, Filles, lorettes et courtisanes (1843).

Parent-Duchâtelet’s two volume study is significant both for the comprehensive documentation of early 19th century prostitution and for the empiricism of his socio-anthropological approach. The work drew its conclusions from direct investigation and evidence, discovered by the author through firsthand observation, interviews, and police records, to which he had official access. Prostitution was prominent in Paris in the post-Napoleonic period, especially in the Palais Royal, a district known to many readers through the work of Honoré de Balzac, Alexandre Dumas, Eugène Sue, to name three, all of whom drew on Parent-Duchâtelet’s study (cf. Bernheimer, 1985; Corbin 1981, et al.).