A Belle Époque “pop-up” shop? The namesake for the celebrated left bank café

Publicity leaflet and invitation [155 x 215 mm.] printed recto and verso on yellow paper with Royal tax stamp. This leaflet invites residents of an unnamed city to visit what was certainly a traveling or “pop-up” shop of the Parisian department store Deux Magots. The recto describes the kinds of merchandise available, while the verso comprises the invitation and includes blanks for the date (“aujourd’hui [today]” in manuscript) and the location [“Boite près Notre Dame”(?)] of the “pop-up” display. 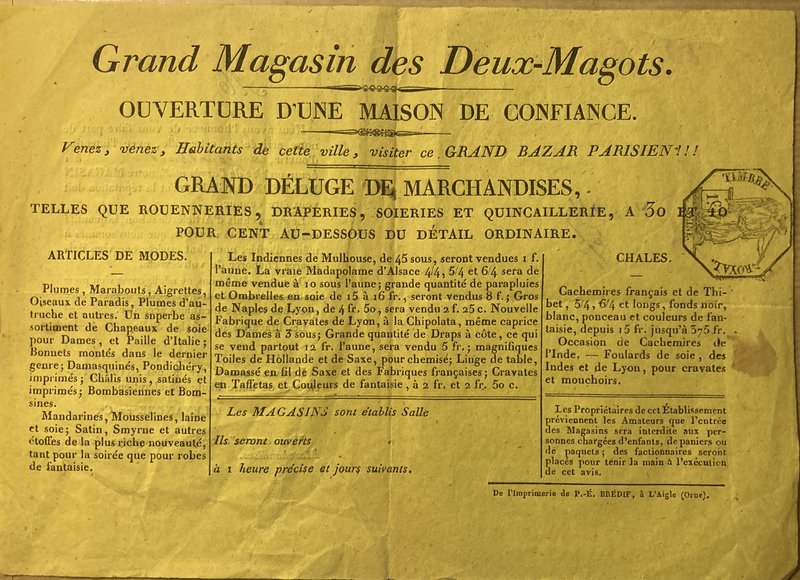 Founded in 1812 at 23 rue de Buci, the great department store of Deux-Magots was transferred to Place St- Germain-des-Prés in 1873 to expand. The name of the celebrated café “Aux Deux Magots” comes from the shop sign of this department store which once occupied the same location. Two Chinese figurines remaining from the former business are still present in the café to this day.

The celebrated Aux Deux Magots café has been for more than 125 years a meeting place for the cultural leaders of Parisian life: in 1885, when the shop gave way to a café of the same name, Verlaine, Rimbaud and Mallarmé, among others, began meeting there. In 1933, the Café began to play a greater role in Parisian cultural life and established the Prix des Deux Magots, a literary prize. Over the years it was frequented by many famous artists including Elsa Triolet, Louis Aragon, André Gide, Jean Giraudoux, Picasso, Fernand Léger, Prévert, Hemingway, André Breton and the existentialists around Sartre and de Beauvoir. The café remains a major destination in central Paris. 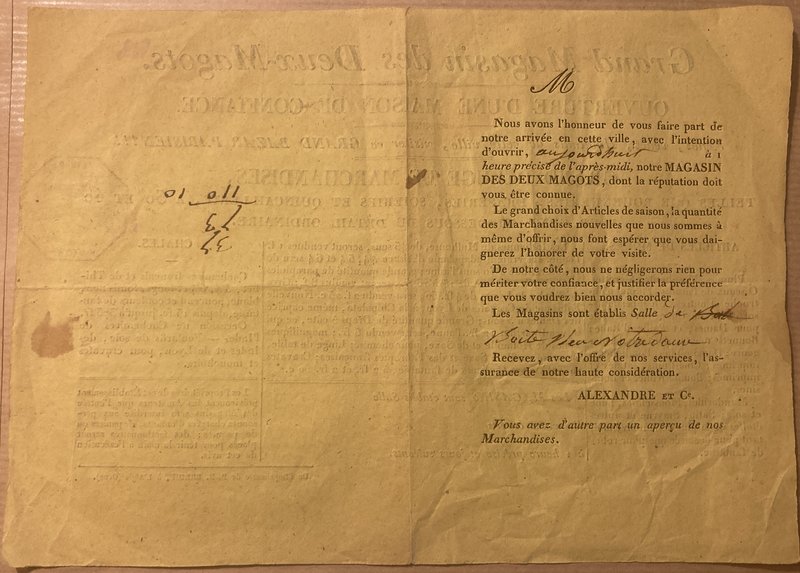