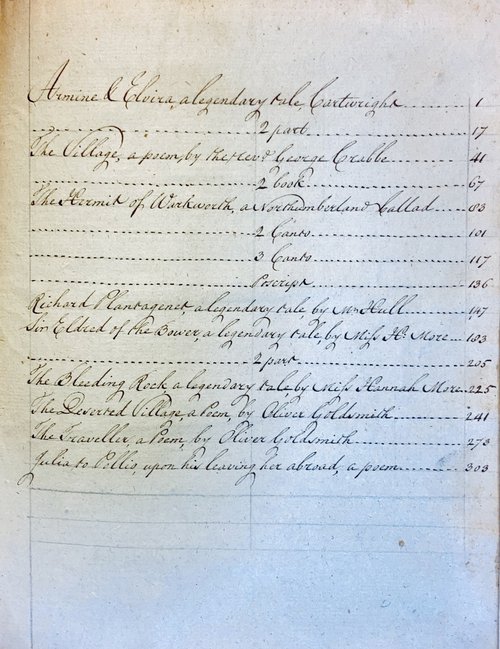 A volume of eight quarto poems carefully bound together (1770-1783) in contemporary half calf over marbled paper boards, with ‘Poems’ stamped in gilt on the spine. Manuscript contents and title index in contemporary hand at the back, latter manuscript table at the front, and manuscript page numbers. The boards slightly scuffed, edges rubbed, but a very solid volume, internally fresh with large margins.

4°: 1-334 pp. paginated in the same manuscript hand as that of the table of contents.

An attractive collection of well-received English poems of the eighteenth century, including Nelthorpe's rare Julia to Pollio (1770). The inclusion of the latter scarce poem among canonical works by More and Goldsmith gives the volume an attractive appeal, documenting the variety of works read by 18th-century readers.

(viii) [Nelthorpe, George], the scarce poem, Julia to Pollio. Upon his leaving her abroad. Written some years ago and now first publish’d from the original manuscript, London 1770, pp. 32 (ESTC t125902, lists only 8 copies, and none west of Chicago).