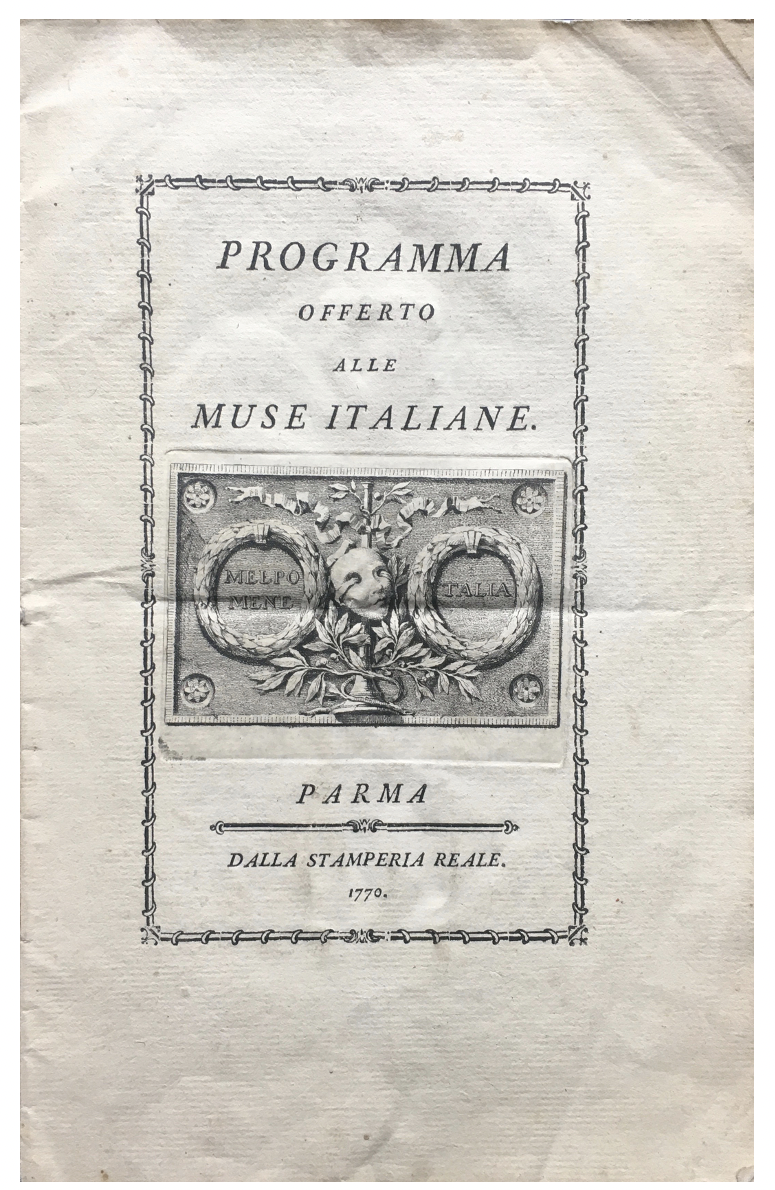 Extremely rare and very early Bodoni imprint, printed near the beginning of his activity at the Royal Press of Parma (1768), and listed as item 12 in Brooks Compendiosa bibliografia di edizioni Bodoniane. The pamphlet contains the announcement of the creation of a theater competition endowed with two prizes, one for the best tragedy, the other for the best comedy. After considering the theater and the need for its reform in Italy, the text gives practical suggestions for authors wishing to participate in the competition. The scripts were to be sent to Father Giuseppe Pezzana (1735-1802). Lovely vignette engraved on the title.

Having started his typographic career in Rome in 1758, Giambatista Bodoni printed his first book there in 1762. In February 1768 he began his work at the Royal Press of Parma, where he continued until his death in 1813. Brooks, Compendiosa bibliografia di edizioni Bodoniane (Firenze 1927), 12.

Copies located at Harvard, U of IL, BnF, Oxford, and two other copies in Europe.